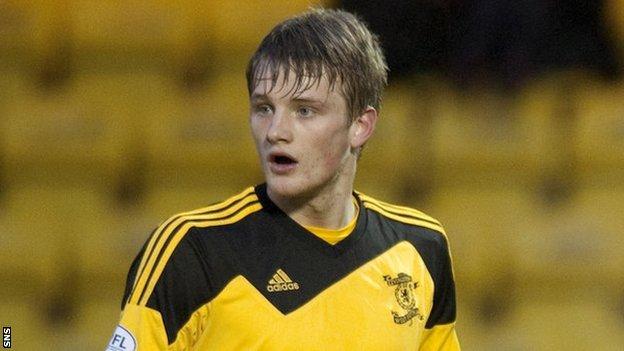 The 18-year-old impressed manager Harry Redknapp during a week-long trial in December.

"He's certainly a good young player who has a lot to offer in the years ahead," Redknapp told the club website.

But the QPR boss had played down the possibility of signing St Johnstone striker Stevie May, or Stoke City's Peter Crouch.

"We have watched Stevie May, but there is nothing happening there," said Redknapp.

"We haven't made any inquiries about Crouch either."

"Clubs with good strikers are reluctant to let them go.

"We are looking for another striker and maybe a defender as well."

Edinburgh-born Donaldson has come through the youth ranks with Livingston and signed a two-year contract last January.

He made his first-team debut for the Scottish Championship side in March and has played 24 times this season.

Meanwhile, Mali midfielder Samba Diakite, who signed for QPR from Nancy in 2012, is available to other clubs.

"Diakite is a good player, but we would let him go out on loan," said Redknapp. "He is available if the right offer came."