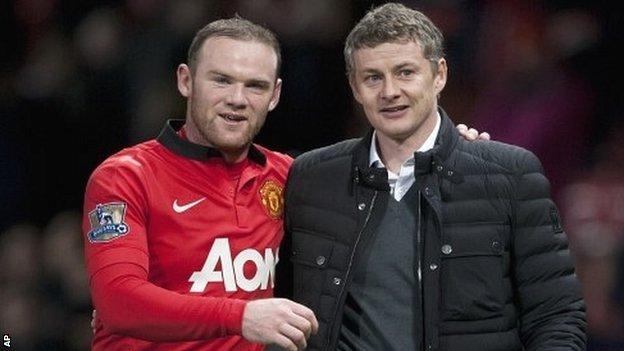 Brazilian defender Fabio, 23, will join former Stoke striker Kenwyne Jones at the Welsh club after he completed a swap-deal with Peter Odemwingie.

"Fabio was done late [on Monday], Zaha I cannot 100% confirm yet," Solskjaer said which keeps the Bluebirds bottom of the Premier League.

We had one or two offers for Wilfried Zaha but just felt Cardiff, at this moment in time, might be the right club

Fabio has made only three appearances for David Moyes's side this season, while Zaha, 21, has also played just three times.

"Fabio is obviously like his brother isn't he?" added a smiling Solskjaer. "He's an attacking full-back, he'll give us that little bit extra pace and that Brazilian flair and enthusiasm. I can't wait to see him at Cardiff City Stadium."

The Norwegian boss has yet to engineer a Premier League win despite enjoying two victories in the FA Cup against Newcastle and Bolton.

But he is confident his new acquisitions - which come after recruiting Norwegian internationals Magnus Wolff Eikrem, Mats Moller Daehli and Jo Inge Berget - can keep his team in the top flight.

"Of course, we have come to Old Trafford and had 55% possession so that's not bad," he said. "But it's the last third; to get that change of tempo, to get that little oomph, which hopefully [we will get] if we get Zaha and Kenwyne in. Yeah I'm positive."

Solskjaer said before the game that he didn't expect to add any further signings before the deadline on 31 January.

The 40-year-old was appointed to replace Malky Mackay on 2 January, with his team hosting Norwich on Saturday before travelling to south Wales rivals Swansea the following weekend.