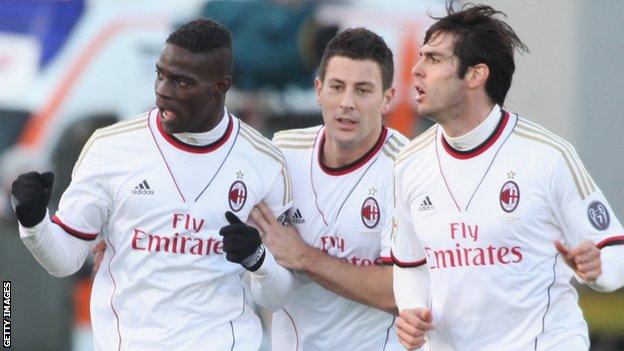 Mario Balotelli has been fined £8,200 for making a provocative gesture to rival Cagliari supporters after scoring in AC Milan's 2-1 win on Sunday.

The striker, 23, was booked for unsporting behaviour after scoring an 87th-minute equaliser.

It was his eighth yellow card of the season, which means he is suspended for Saturday's game against Torino.

Balotelli was sent off earlier this season for insulting match officials at the end of a match against Napoli.

"He will need a lot of love, he is a guy who we give a lot to and is important for Milan."