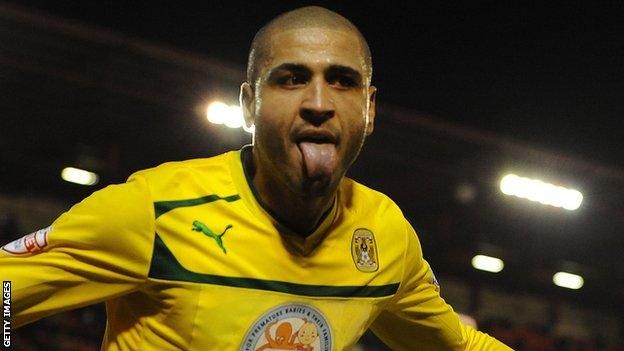 Wolves have agreed a deal with League One rivals Coventry City to buy top scorer Leon Clarke, who had been transfer-listed at his own request.

The 28-year-old striker has scored 18 goals in 29 appearances for the Sky Blues so far this season.

City manager Steven Pressley had previously stated an earlier bid had not reached his club's valuation.

Clarke, who began his career at Wolves, was reportedly unhappy with Coventry's handling of his transfer request.

But Pressley said he felt "let down" by Clarke's wish to leave, admitting: "When a player wants to go and he's not been let go, he's going to be unhappy.

"But I've said all along we will only do the deal if it's right for the football club."

Clarke, who moved to Coventry in January 2013, had 18 months left on his contract with the Sky Blues.