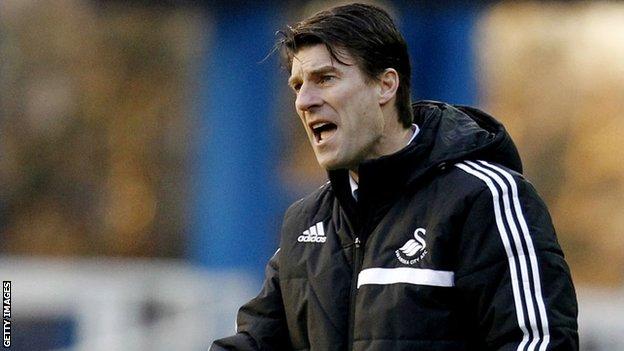 The 22-year-old player had talks at the Liberty Stadium early in the week after the club reached a loan agreement with Blackpool.

The former Liverpool youngster has been speaking to other clubs.

"After international discussions, we decided to pursue other options," said a Swansea spokesman. "He was informed last night."

Ince, who made his England Under-21 debut in February 2013, has not featured in either of Blackpool's two matches since his father, Paul, was

He has been linked with a number of Premier League sides, including Crystal Palace who are working on a deal to sign him on loan until the end of the season.

Prior to calling off their interest in Ince, Swans manager Michael Laudrup admitted the winger was in a good bargaining position.

"This is a player who has only a few months left of his contract," said the Dane. "He can do whatever he wants to."

Swansea recorded their first victory in eight games with a at the Liberty Stadium on Tuesday.

They have already secured the signing of Bolton striker David Ngog until the end of the season for an undisclosed fee.

Left-back Raheem Hanley, 19, who recently left Blackburn Rovers, has joined the Swans in a deal that runs until June 2015.