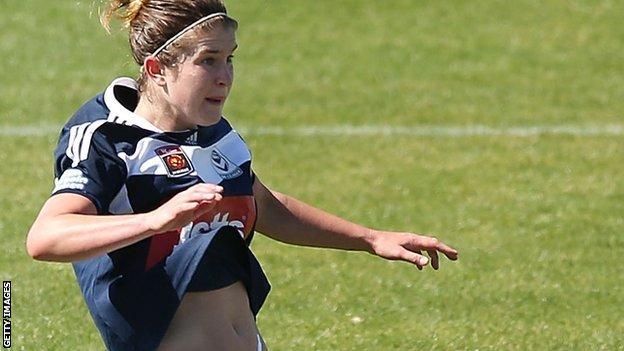 The 20-year-old is the league's second-top scorer with seven goals in 10 games so far this term.

She will join the Women's Super League club at the end of the Australian season, which culminates with the W-League grand final next month.

"Caitlin has been scoring goals for fun in the W-League, which is a great standard. She's a great talent and, at such a young age, Caitlin is an exciting prospect and under full-time training here at Notts she will thrive and only get even better."

Melbourne are second in the W-League table and have secured a semi-final berth with two regular season games to play.