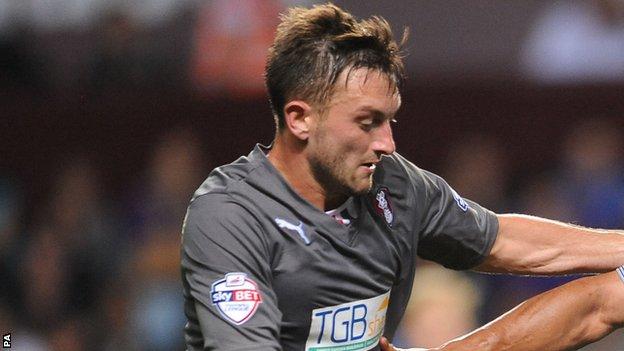 Lee Frecklington scored a dramatic 89th-minute equaliser to earn Rotherham a point in a thrilling game at Preston.

A Frecklington shot and own goal by Tom Clarke, who deflected Ben Pringle's free-kick into his own net, had put Rotherham 2-0 up after 11 minutes.

Preston hit back and Paul Gallagher first set up Craig Davies to score and then fired home the equaliser.

Joe Garner put North End ahead when he scored from Chris Humphrey's cross but Frecklington rescued the visitors.

Frecklington had given the Millers the perfect start when he collected a James Tavernier pass and burst into the area before firing home in the seventh minute.

Davies halved the deficit in the 37th minute when a brilliant backheel by Gallagher set him up to curl his second Preston goal into the bottom corner of the net.

Gallagher levelled the match with a spectacular shot before Humphreys centred for Garner to score his 18th goal of the season.

But Frecklington had the final word when he poked home his 10th goal of the season after good work by substitute Nicky Adams.

"I'm frustrated and disappointed to concede a goal so late in the game and not secure the three points.

"We didn't start well enough, obviously, going 2-0 down after 10 minutes, but we got a reaction from the players.

"We were totally dominant from the 30-minute mark to the last few minutes.

"The equalising goal was a real soft one from our point of view. They haven't really had to work for their goals tonight."