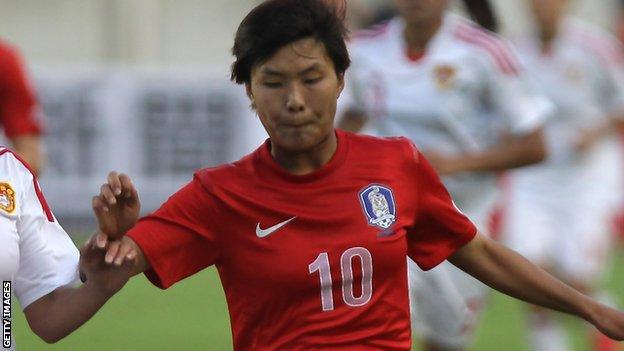 The 22-year-old, who has scored 26 goals in 55 appearances for her country after making her debut at 15, has agreed a two-year deal.

"She is one of the best midfielders in the world and our fans will love her," said Chelsea manager Emma Hayes.

Ji, a three-time Korean footballer of the year, is the club's fifth signing ahead of the new Women's Super League season, which starts in April.