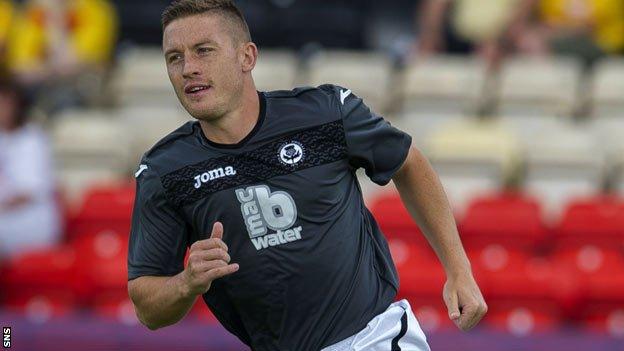 Striker John Baird aims to join a Scottish Championship club after his release by Partick Thistle.

Baird, 28, who signed from Dundee last season, failed to find the net in 17 appearances - mostly from the bench - for the Premiership outfit.

"John has agreed a compromise agreement with Thistle this morning," said his agent Ricky Gillies.

"They've paid up his contract and allowed him to move. There is interest from a few Championship clubs."

Baird, who began his career with Clyde, struggled in front of goal for Alan Archibald's side.

"The restructuring of the Thistle squad this January continues with John Baird the latest player to sign his release papers and become a free agent," the club said.

"John leaves Firhill with the best wishes of all at the club."