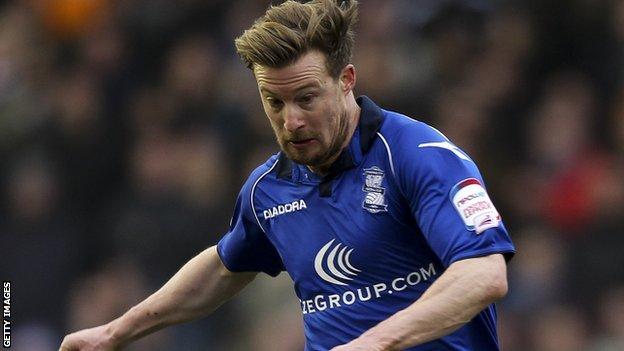 Elliott will be available to make his debut in Tuesday's game against League One leaders Brentford.

The 35-year-old, who came through the youth system at Southampton, previously played under City manager Steve Cotterill during their time at Burnley.

Elliott signed for the Blues in 2011 and has made 18 appearances for the Championship club this season.

He agreed a new one-year deal at St Andrews in the summer.