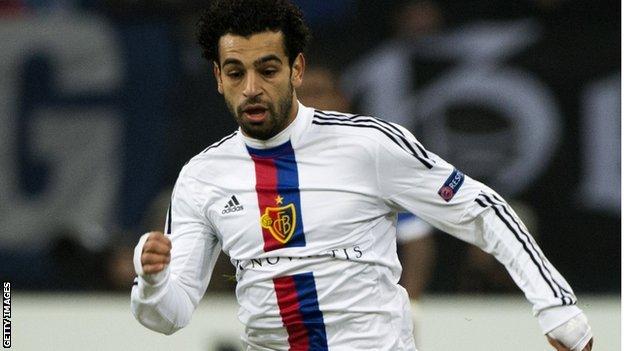 The Egypt midfielder was also voted the fans' favourite player and included in the top flight fantasy squad.

Salah was not at the awards ceremony on Monday evening, having completed his move to Chelsea at the weekend.

The 21-year-old also won the 2013 Golden Player Award from Switzerland's Association of Football Players in December.

The Swiss Football League player of the year award was decided by a jury of Swiss league managers, club captains and sports journalists.