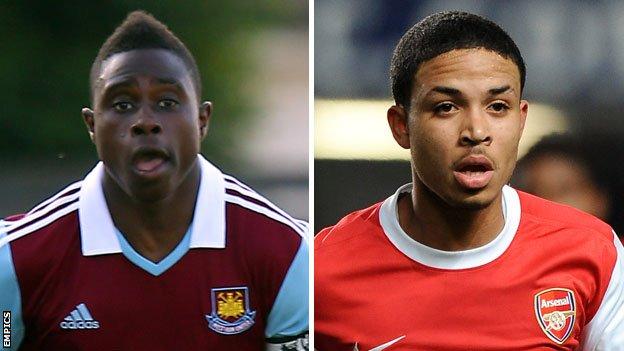 Luton have signed West Ham defender Pelly Ruddock for an undisclosed fee and Swansea full-back Jernade Meade on loan until the end of the season.

Ruddock, 21, played four times for the Hatters during a loan spell last month, featuring in midfield and at centre-half, and joins on a deal until 2016.

Luton-born Meade, 21, a left-back who can play left-wing, joined the Swans from Arsenal in the summer.

But he has yet to feature for the Premier League side.

Last season he played twice for the Gunners, including 83 minutes in the Champions League defeat by Olympiakos that cost them top spot in the group.

"It's an area he knows well and I think it will give him the chance to reproduce his best form.

Meade added: "It's great to be back at Luton. The team are doing very well and I'm looking forward to being a part of it."