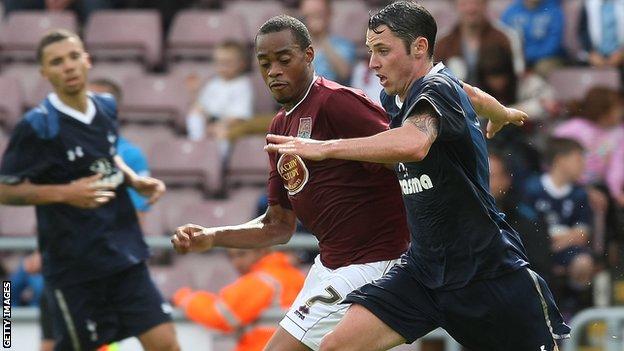 Bournemouth have completed the signing of Tottenham defender Adam Smith for an undisclosed fee.

Smith, 22, had a spell with the Cherries on loan during the 2010/11 season and has now signed a three-and-a-half year contract at Dean Court.

The right-back has also had loan spells at Wycombe, Torquay, MK Dons, Leeds, Millwall and Derby.

"We are really pleased to bring him in permanently," said Bournemouth manager Eddie Howe told the club website.

"A year ago, he was England Under-21's regular right-back so that shows what a good player he is.

"He is a good lad, he works hard at his game and shows the right attitude every day in training."