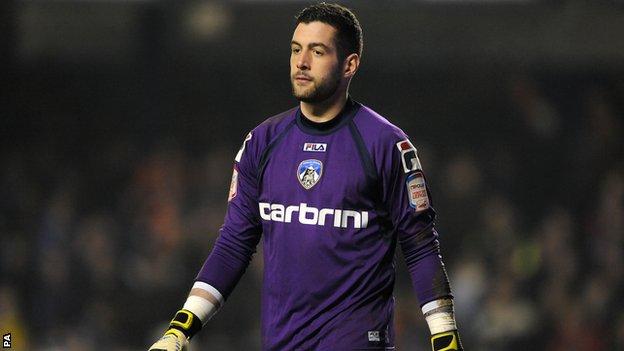 Carlisle United have signed Australian goalkeeper Dean Bouzanis on a contract until 23 April after a trial spell.

The 23-year-old, who started his career with Liverpool, was released by Greek side Aris in December, just six months after joining from Oldham Athletic.

"I'm delighted to be back in England as things weren't great over in Greece to be honest," he told BBC Radio Cumbria.

"The short-term deal just gives me that incentive to work hard and earn a deal to stay at the club for next season."

The Cumbrians have needed cover since number one two months ago, leaving Greg Fleming as their only senior keeper.

from Manchester United in November, but returned to his parent club after the New Year's Day