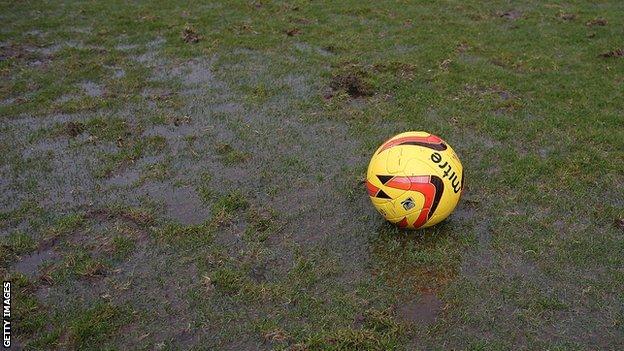 Wet weather has caused the postponement of football fixtures across the country on Tuesday.

The League One games between Port Vale and Crawley, Stevenage and Crewe and Colchester and Shrewsbury have all been postponed following pitch inspections.

In League Two, the matches at Mansfield, Newport and Torquay are off.

Chris Wilder's first match as Northampton Town manager, against Rochdale at Sixfields, has also been postponed.