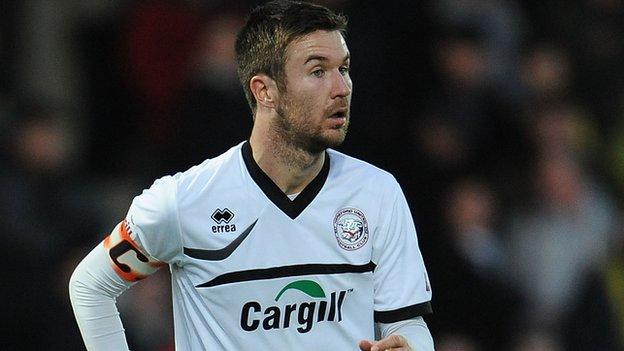 The 25-year-old former Walsall, Lincoln City and Southport player has signed an 18-month contract at Aggborough.

Wingers Dior Angus and James Dance have also left the club, while loan man Jack Dyer has gone back to Burton Albion.

Midfielder Dyer, who made his first start for the Harriers in last Saturday's 1-0 FA Cup fourth round defeat at Sunderland, was due to end his stay after this Saturday's trip to Gateshead, but the League Two side have opted to take him back with immediate effect.

He had played in all but one of Kidderminster's 27 Conference Premier matches this season until picking up a knee injury in the 2-1 home defeat by Dartford 10 days ago.

The injury put him out of the trip to Sunderland and he also missed the 1-1 midweek draw at Hereford, prior to his somewhat abrupt departure.

The home side's goalscorer in that game was former Blackburn Rovers youngster O'Keefe.

He scored 12 times in 30 games last season - and Tuesday night's header, his third goal of the current campaign, was enough to tempt Kidderminster to spend some of their FA Cup profits.

There was also speculation over the future of Hereford centrre-half Luke Graham, but he remains a Bulls player. And it was only O'Keefe, having signed what Harriers refer to as "an incentives-based deal", who went straight into Andy Thorn's squad for the Gateshead game.

He is expected to line up alongside new boss Thorn's other three January signings Freddie Ladapo,Adrian Cieslewicz and Santiago Aloi.

Thorn has also made it clear that, despite leaving fans' favourite Anthony Malbon on the bench at the Stadium of Light last weekend and then excluding the striker altogether from the 16 at Hereford, he will not be offloading last season's Harriers top scorer.

Malbon has been linked with a move to join his old boss Steve Burr at Chester.

But Thorn told BBC Hereford & Worcester: "He won't be going to Chester. I don't know where that's come from."

The Harriers boss did not, however, rule out Malbon making a loan move to below Conference Premier level, to regain match fitness, having had less than an hour's playing time since Christmas.