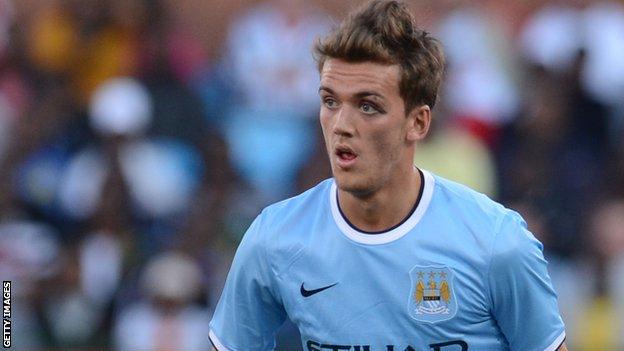 Huws, 20, made his senior debut for Manuel Pellegrini's side as a substitute in a 5-0 win over Blackburn in the FA Cup earlier this month.

He is the second Manchester City player to link up with Blues in January, joining at St Andrew's.

Huws had a in League Two last season, making 13 appearances in all competitions.