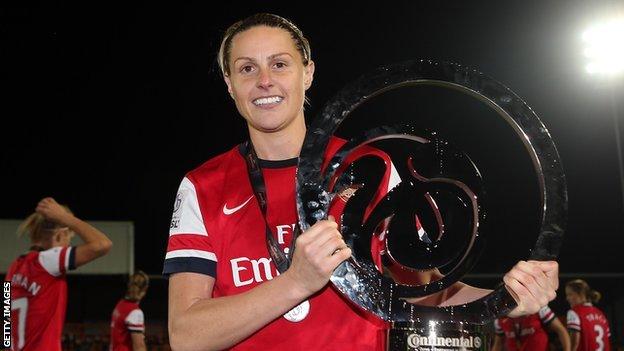 Kelly Smith has signed a new contract with Arsenal Ladies to continue in her role as player-coach.

Smith said: "I'm delighted to have agreed a new contract with Arsenal."

She follows Rachel Yankey, Alex Scott, Emma Byrne, Jordan Nobbs and Danielle Carter in committing her future to the Gunners this pre-season.

Smith, who has scored 46 goals in 115 appearances for England added: "Coaching has provided a fresh and exciting challenge for me, and I'm really enjoying combining my new role with my responsibilities on the pitch."

"Her experience, her passion and her knowledge of the game are all having a really positive impact on the rest of the squad, and helping with the development of the younger girls in particular."