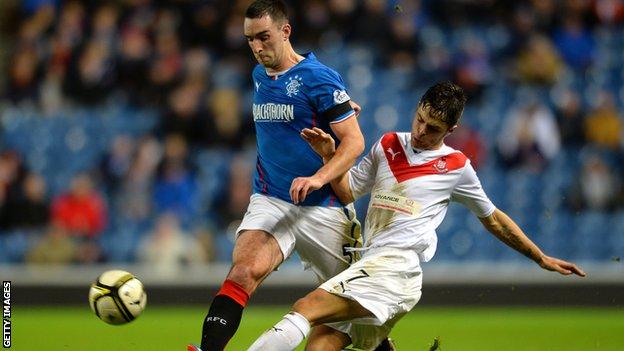 While the Ibrox club are desperate to cut costs they have told the English Championship side they will need to up their offer if they want to sign him.

BBC Sport understands Forest's bids for the Scotland international, 26, were below the widely speculated £900,000.

He has made 98 appearances in all competitions for the Light Blues, finding the net on eight occasions.

Rangers' annual wage bill at the Scottish League One leaders currently stands between £6m and £7m.

They reported a £14m operating loss for the 13 months to June after around £22m was raised in a share issue in late 2012.