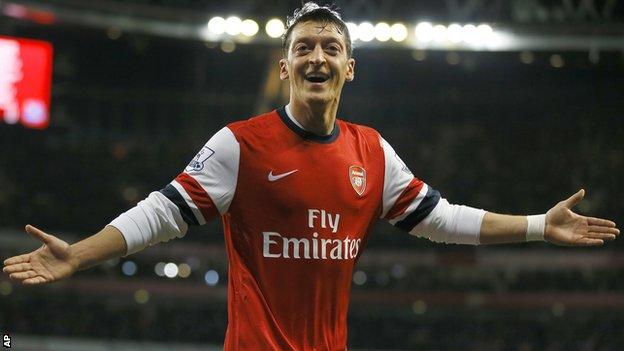 Brazil supplied the most players sold overseas with 1,558 - 13% of the total.

Spanish clubs were the biggest net earners when it came to deals in 2013, earning £150m selling players abroad.

"There are just a very few clubs making very big moves and that is skewing the market, but the rest of the market is very stable,'' said Mark Goddard, general manager of Fifa's Transfer Matching System.

The biggest overseas signing made by a Premier League club was Arsenal's club-record capture of Germany's Mesut Ozil for £42.4m from Real Madrid, while the biggest outgoing transfer was Gareth Bale's world record-breaking £85.3m move to the Spanish giants from Tottenham.