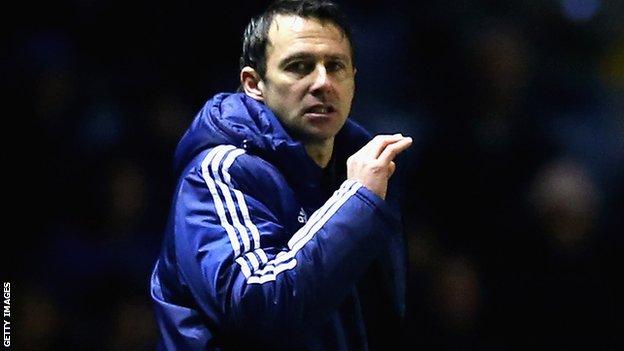 Bolton manager Dougie Freedman is confident he can halt his side's slump.

The Trotters have only won once in their last seven games and fallen to 18th in the Championship table, just four points above the relegation zone.

Asked after Tuesday's 2-1 defeat at QPR if a turnaround was possible, Freedman told BBC Radio Manchester: "It will happen. We are going to pick ourselves up and get on with it.

"It will change, you can't keep playing the way we have been for it not to."

Charlie Austin and Karl Henry gave the home side the lead at Loftus Road, before Jay Spearing scored a consolation for Wanderers five minutes from time.

Former Scotland international Freedman said not conceding the first goal was key to his side achieving positive results.

"The minute you drop your standards or take your eye off the ball, you can slip down," he said.

"There has been full commitment, great energy, good football at times and someone will take the opportunity and we will win a game convincingly.

"I strongly believe if we take the lead, we will hold on easily, it is just about getting that first goal which is costing us results."

I was disappointed with the referees performance, it started in the first minute of the game

Bolton centre-back Tim Ream broke his nose after a clash of heads with QPR striker Charlie Austin, but it not yet known how long the American will be out of action.

Freedman was upset that no action was taken against the Rangers man following the incident..

"I was disappointed with the referee's performance, it started in the first minute of the game," he added.

"We have a guy who has gone off with two stitches and a broken nose, but nothing seems to be done about it.

"This is where we are right now, I try not to whinge but this is the challenge we have.

"I won't go into a corner and back down. We are going to pick ourselves up and get on with it."