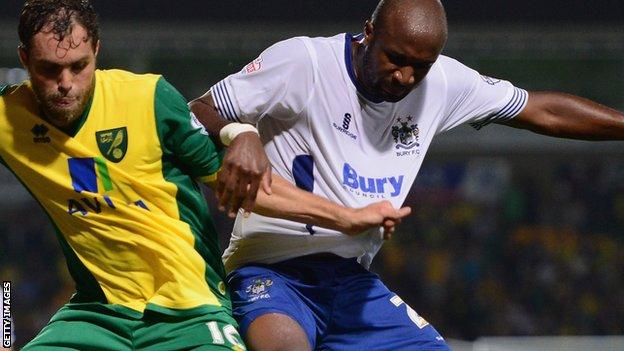 Bury defender William Edjenguele has left the club after cancelling his contract by mutual consent.

The 26-year-old made 23 appearances for the League Two side after joining on a free transfer during the summer.

Edjenguele is the seventh player to be released by the club in the transfer window as manager David Flitcroft looks to overhaul his squad.

In turn, eight players have arrived, with the club lying in 22nd position, two points above the drop zone.