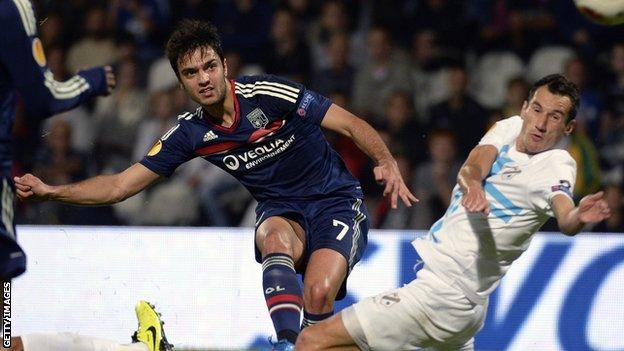 Newcastle have bid for Lyon midfielder Clement Grenier as they attempt to replace the departing Yohan Cabaye before Friday's transfer deadline.

The size of the Magpies' offer for the 23-year-old is unknown at this stage.

The France international has scored 12 goals in 89 appearances for Lyon.

Cabaye is expected to complete his move to Paris St-Germain on Wednesday for about £20m as Borussia Monchengladbach striker Luuk de Jong has a medical at Newcastle before his initial loan move.

Grenier is one of a series of potential targets for Newcastle but his current boss Remi Garde hopes he will not be sold this month.

Newcastle counterpart Alan Pardew has urged owner Mike Ashley and director of football Joe Kinnear to reinvest a significant proportion of the proceeds from the Cabaye deal.

They host Sunderland in the Tyne-Wear derby on Saturday.