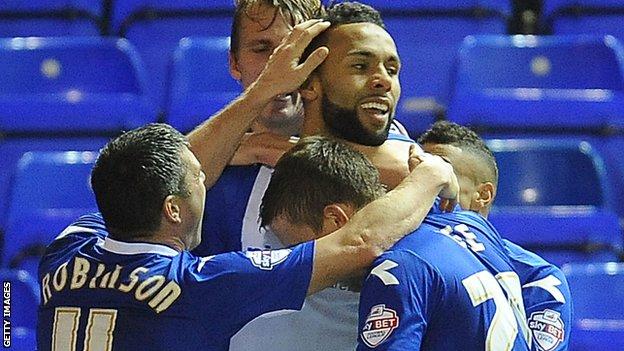 The ex-Arsenal trainee, 22, signed for Blues in July on a season-long loan.

But Swansea, just six points clear of danger in the Premier League, need him as cover ahead of a busy run of games, which includes their return to Europa League duty at the end of February.

BBC Radio WM's sports team will be on air until 10 to midnight (95.6 FM and online) on Friday night to stay on top of any late January transfer window deals.

Having already had Dan Burn, his other Premier League loan player for the first half of the campaign, called back by Fulham, Clark is also without captain Paul Robinson this weekend.

The 35-year-old veteran, the mainstay of Blues' defence, will be serving the second of his two-game ban for accumulating 10 bookings.

But Clark has been allowed to bring in two loan signings from Manchester City, Slovakia Under-21 international Albert Rusnak and midfielder Emyr Huws.