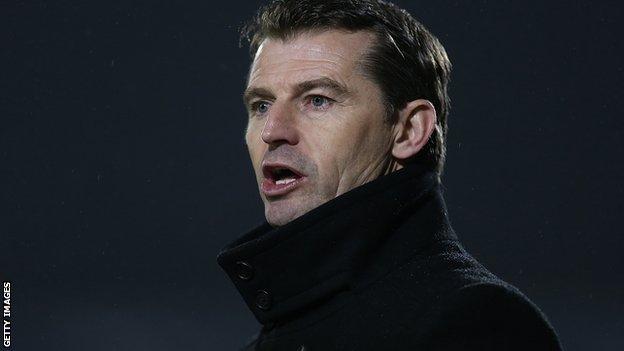 Hartlepool manager Colin Cooper hopes his squad's heads do not drop after the on Tuesday.

Pools were ahead at half-time, before conceding twice in two minutes to drop points from a winning position for the first time this season.

The importance of going ahead

Before the defeat by Wimbledon, the last time Hartlepool failed to win having scored first was in last April's 1-1 League One draw with Brentford.

On the flip side, Pools have not come from behind to win since beating Leyton Orient last February.

Cooper told BBC Tees: "It's the best we have played away from home since I took over [in the summer] but we didn't kill the game so brought Wimbledon into it.

"After losing like that, it's my job to make sure the lads stay confident."

Defeat in west London was Hartlepool's fourth in five League Two matches, a run that has seen them drift 12 points off the play-offs.

They have scored just three times in that period, but striker Luke James has netted in successive games to end his two-month goal drought.

The 19-year-old won the division's player of the month award for October and had taken his season's tally to 10 before the recent dry spell.

"It's great to see Luke scoring. I think alongside him helps take some of the bombardment away," said Cooper.

"We played the sort of football that I want us to, it's just that our fans have gone home after a defeat so probably won't remember that."