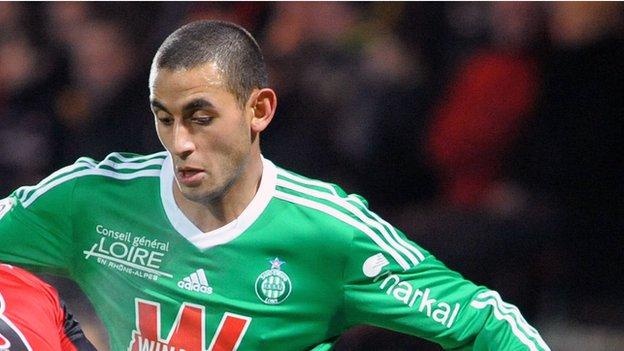 Algeria internationals Faouzi Ghoulam and Hassan Yebda are bound for Italy after agreeing deals to join Serie A sides.

Left-back Ghoulam, 22, is set to leave Saint-Etienne for Napoli, the French club announced on Thursday.

On Wednesday, midfielder Hassan Yebda signed a loan deal to join with Udinese from Spain's Grenada .

The 29-year-old Yebda will stay with the struggling Serie A side until June, aiming to help them avoid relegation.

Udinese, who finished an impressive fifth place last season, currently sit 15th in the table - only three points off the drop zone.

His compatriot Ghoulam is expected to transfer to Napoli for a fee of about 5m euros ($6.8m).

Meanwhile, another Algerian, Djamel Mesbah, has switched from Italian side to another - joining Livorno on loan from Parma.