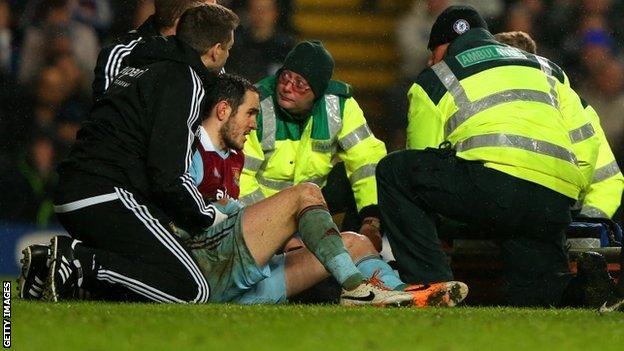 West Ham defender Joey O'Brien could be out for almost three months after dislocating his shoulder against Chelsea.

The 27-year-old Republic of Ireland international suffered the injury late in the game after landing awkwardly following a challenge with Gary Cahill.

The Hammers have had defensive injuries all season, although most of their sidelined players have now returned.

Sam Allardyce's side remain in the relegation zone.

"The only disappointment for us today was the two injuries," said Allardyce.

"Joey, unfortunately, has dislocated a shoulder, which is bad news for us.

The former Bolton player, whose career has been hindered by knee injuries, has made 19 appearances for the Hammers this season.