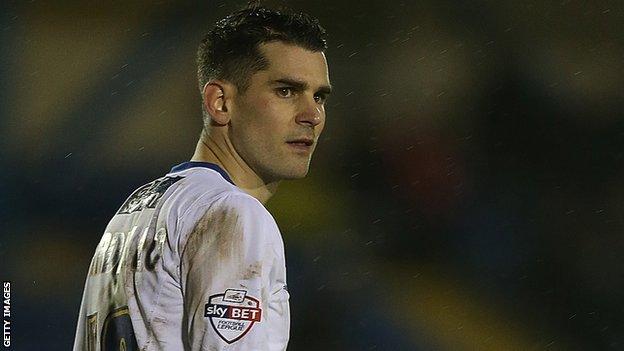 Bury have signed Daniel Nardiello on an 18-month contract after the striker was released by Rotherham United.

Nardiello, 31, had and earlier this month

However, Rotherham have now cancelled his contract with them, allowing Nardiello to sign for the Shakers.

"This club looks like it is going places," said Nardiello, who has five goals in 11 games for Bury.

The former Manchester United trainee told the club website: "I'm thrilled to be here and to be a part of it. It [the permanent deal] gives me that added security, but it's not just that. It's that is happening at this club."

Manager David Flitcroft added: "Danny can spearhead our attack. He enjoys it here and he enjoys his football here. He scores goals and he will score goals for us.

"He will be coaching in the academy as well. He will pass on that knowledge and that's important for us as a club. He's a big part of where we want to go."