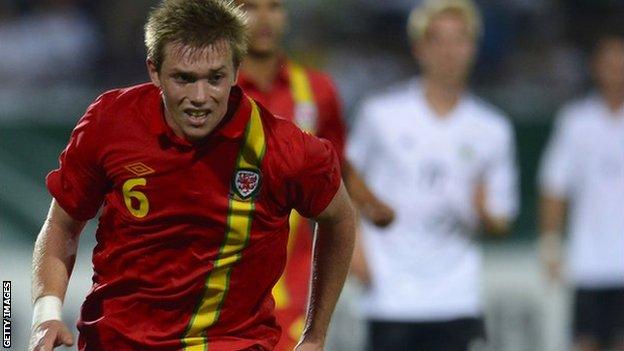 Gateshead have signed Wales Under-19 defender Jordan Holt from Notts County on a deal until the end of the season.

The 19-year-old only in August after his release by Scottish top-flight club St Mirren.

"Earlier this week he was going to join Port Vale but it fell through," said manager Gary Mills. "He's good on the left or in the middle, so gives cover."

Meanwhile, Gateshead have extended the loan of Luton's 20-year-old midfielder JJ O'Donnell until the end of May.

He has played twice since

Holt rejected a contract extension with Notts County after the short-term deal he signed in August expired.

He spent last season on loan in Scotland's fourth tier with East Stirlingshire, where he made nine appearances.

"Jordan's a good player and an excellent prospect for the future," Mills told BBC Newcastle. "He has a fantastic attitude so I'm really pleased to have signed him."