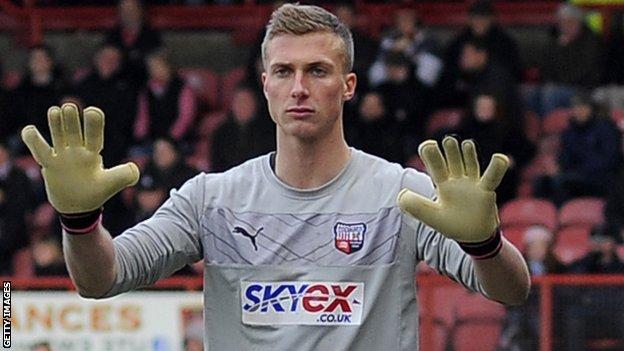 League One strugglers Bristol City have signed Cardiff City goalkeeper Simon Moore on loan until the end of the current campaign.

The 23-year-old left Brentford in the summer to join the Bluebirds on a four-year deal.

He has yet to make his debut for the Premier League club.

Moore spent his early career with Brading Town on the Isle of Wight and has also made five appearances for the island's representative team.

"When he was at Brentford, a lot of people said he was the best keeper in League One," Bristol City manager Steve Cottierill told BBC Radio Bristol.

"We're hoping he can come in and settle that position down."

Moore is the fourth Cardiff keeper to sign for Bristol City in the last two seasons, following on from Tom Heaton, who is now at Burnley, Dave Richards and current number one Elliot Parish.

The Robins also have former Derby County keeper Frank Fielding on their books, but he has not made an appearance since October.

Cotterill continued: "Frank was in at the beginning of the season and, for whatever reason, he ended up losing his position [under former boss Sean O'Driscoll].

"I've inherited Elliot playing in the role and he's done very well for a young man. Having said that, the last couple of games have caught up on him. It might be the opportunity he needs to have a break.

"For that position, we needed to bring someone in fresh from the outside."