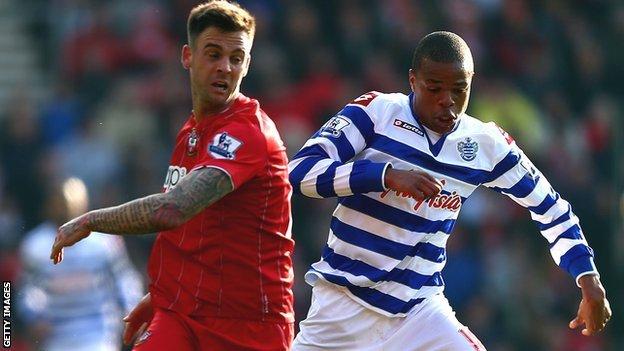 Nottingham Forest have signed Southampton left-back Danny Fox on a loan deal until the end of the season, with a view to signing a three-year contract in the summer.

The Scotland international joined Saints from Burnley in August 2011 and has made 69 appearances for the club.

But the 27-year-old has only played three Premier League games this season.

Al Hasawi tweeted on Wednesday that the 25-year-old centre-half has "completed a medical and will join until the end of the season".

The Reds chief said the deal was agreed with Nice and was now a formality.

Al Hasawi had last week claimed a deal was done with Hull City defender Jack Hobbs - who had been on loan at Forest.

But Hobbs has returned to the Tigers and is being chased by Reading and Wigan Athletic.