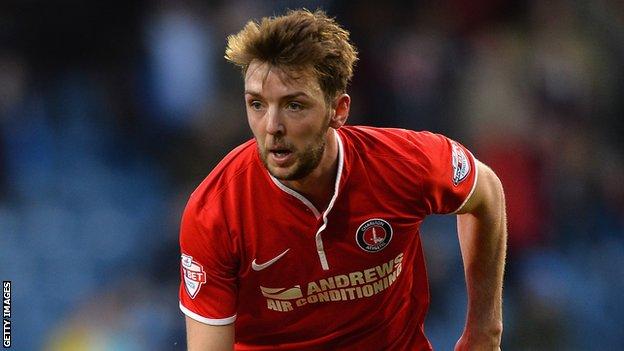 Brighton & Hove Albion have completed the signing of Charlton midfielder Dale Stephens for an undisclosed fee.

The 24-year-old, who joined the Addicks from Oldham in the summer of 2011, has agreed a three-and-a-half-year deal with the Championship club.

"He is a Brighton player, he will suit our style," Brighton head coach Oscar Garcia told the club website.

"He's the type we like and want to bring to this club - dynamic, energetic and technically good."

We have done our analysis and research. I like what I have seen and I am sure Dale will suit our style, enjoy the way we want to play and help us

"His character is good and he will fit well with the excellent squad we already have here."

Stephens began his career at Bury and joined Charlton after three years with Oldham.

In total he scored 11 goals in 90 appearances in all competitions during his time at The Valley.

"Nathan [Jones, Albion assistant coach] has worked with Dale closely at Charlton and we have also done our analysis and research," Garcia added.

"I like what I have seen and I am sure he will suit our style, enjoy the way we want to play and help us.

"He is also still young, and is very hungry to succeed."

Stephens' deal with the Addicks was due to expire in the summer and Charlton said they had "reluctantly" agreed to let the midfielder enter negotiations with the Seagulls.

"Following the takeover of Charlton by Roland Duchatelet in early January, talks began with Stephens' representatives over taking up the option of 12-month extension to keep him at The Valley," a Charlton statement said.

"However, with the prospect of losing him for nothing at the end of his current deal, once an acceptable offer was received from Brighton the decision was reluctantly made to allow discussions over a move to take place.

"The club will now look to use the funds received from the transfer to help secure suitable reinforcements to the playing squad before the end of the January transfer window."