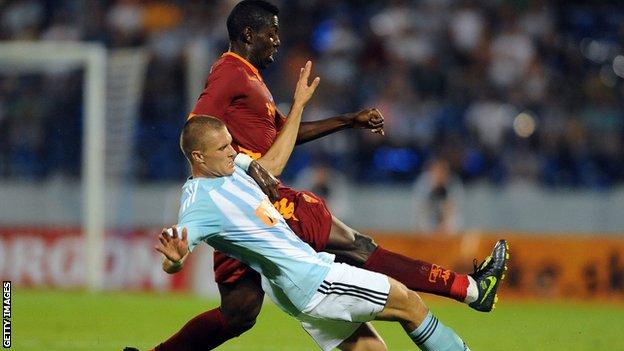 The 23-year-old Micic made 11 appearances for County after arriving in the summer following his exit from Sion in his Swiss homeland.

County had earlier announced the "acquisition" of Cikos, the 25-year-old former Slovakia Under-23 international.

He previously played for Inter Bratislava, Petrzalka and Wisla Krakow.

Following his loan in Poland, he switched from Petrzalka to Slovan in 2011.

and have all joined the Dingwall club this month.

Meanwhile, 20-year-old midfielder Steven Ross has switched from County to Brora Rangers until the end of the season.

It is his second loan spell with the Highland League leaders and he also spent time with their league rivals, Forres Mechanics.