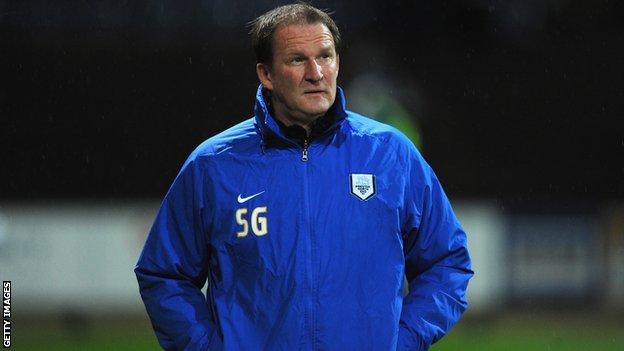 Preston manager Simon Grayson says he is looking to add to his squad before Friday's transfer deadline.

So far, the club have signed midfielder Neil Kilkenny on a permanent deal and brought in defender Scott Wiseman on a free transfer in January.

"We are in the process of bringing one or two players into the football club," Grayson told BBC Radio Lancashire.

"We have always said we want to bring players who will make an improvement and are better than what we have got."

He added: "Whether we can get them over the line is a different matter.

It is an exciting period for the media and social networks and TV programmes providing entertainment but I don't need it.

"We are working hard to bring them in and it may depend on one or two going out. We are trying to increase the competition within the squad."

The cut-off point for making permanent transfers is at 23:00 GMT on Friday, while the emergency loan window opens a week later.

North End face Notts County on Saturday afternoon and Grayson feels the window is an inconvenience he can do without.

"I have done deals in the transfer window five minutes before the deadline," he said.

"But ideally I don't want to be up that late the day before a match.

"Everybody gets carried away with it. It is an exciting period for the media and social networks and TV programmes providing entertainment but I don't need it. It is part and parcel of football."