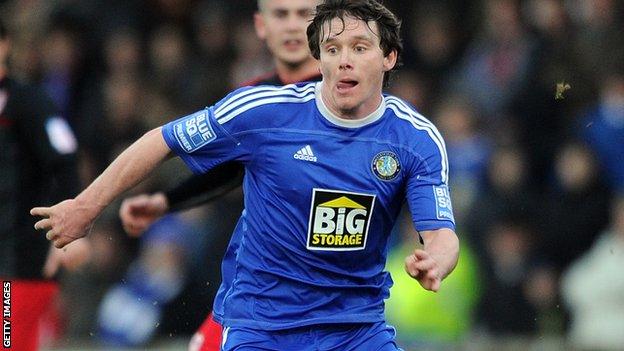 Oldham have signed midfielder John Paul Kissock on loan from Macclesfield until the end of the season.

The 24-year-old was a product of Everton's youth academy and has made 12 appearances for the Conference Premier side this season, scoring one goal.

"It may appear to be an unfashionable signing, but sometimes as a manager you have to take a chance," manager Lee Johnson told the Oldham website.

"It's up to him now to show he is worthy of being a League One player."

Kissock added: "It's an unbelievable opportunity. To be back in the Football League after a few years in non-league is something I have worked hard for. I am delighted to be given this chance."

Meanwhile, defender Edijs Joksts, who has failed to make a competitive first-team appearance since joining Oldham in the summer, has left the club after his contract was cancelled by mutual agreement.