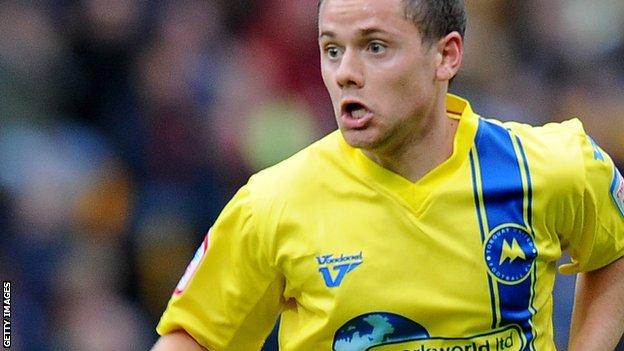 The 27-year-old had been with the club for six years, playing 215 games and scoring 28 goals, before being told he was no longer needed in May.

Stevens recently returned to Plainmoor on trial and will remain with the Gulls until the end of the season after impressing new boss Chris Hargreaves.

He previously had unsuccessful trials at both Leyton Orient and Aldershot.

During his struggles to earn a new contract, Stevens revealed he decided to qualify as a personal trainer in case he could not get back into the game.

His last appearance came as a late substitute in a crucial 2-0 win against Morecambe in April - which helped Torquay avoid relegation.

Stevens is available to face Portsmouth on Saturday.