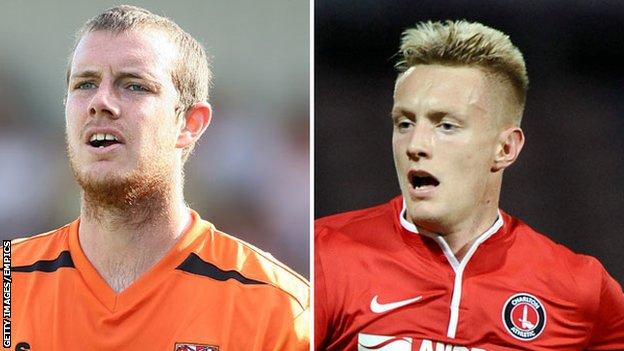 Gillingham have signed ex-QPR full-back Gary Borrowdale until the end of the season and Charlton youngster Joe Pigott on a one-month loan deal.

Left-back Borrowdale, 28, left Loftus Road in summer 2012 and has since had spells with Kent non-league sides Tonbridge Angels and Margate.

Forward Pigott, 20, made his debut for the Addicks this season and has scored one goal in 10 senior appearances.

The former England youth international has made over 180 appearances in the Football League.

"When I was England Under-21 manager Gary played for me, he was also with me at Crystal Palace so that shows how high I regard him," Gills manager Peter Taylor said.

"He's only 28 and a very, very good player and it's well worth getting him on our books.

"He won't be ready for two to three weeks but we'll get him fit and he can be a very good signing for us."

Taylor added on Pigott: "He is a scorer, and he netted a hat-trick against us in a development game earlier this season.

"He lives in Maidstone and is desperate to come here and we are very pleased to have him."