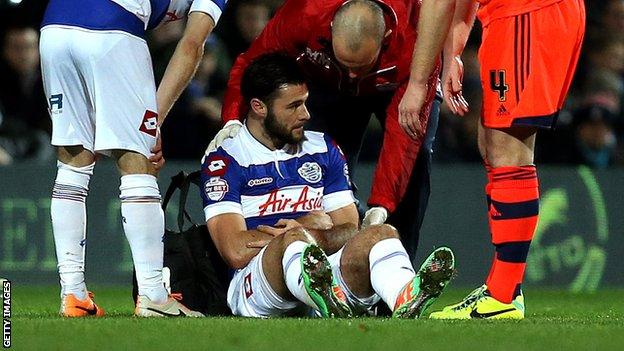 QPR striker Charlie Austin will be out for "a prolonged period" after suffering a shoulder injury in Tuesday's 2-1 defeat of Bolton.

The 24-year-old landed heavily during the first half, but played on and gave his side the lead in the match.

However, a scan the following day revealed the extent of the injury, which requires surgery.

Austin, who has scored 15 goals in all competitions this season, said: "I'm obviously desperately disappointed."

The former Swindon Town striker added: "Injuries are part and parcel of football, but I was really enjoying my football so it's a bitter blow."

He will miss the visit of promotion rivals and former club Burnley on Saturday.

Dr Peter Florida, QPR's head of medical services, told the club website: "He's done some damage to the bone and cartilage in the joint, as well as the soft tissues around it, and will need an operation to correct the problem.

"We'll start his rehabilitation immediately but he's likely to be sidelined for a prolonged period."