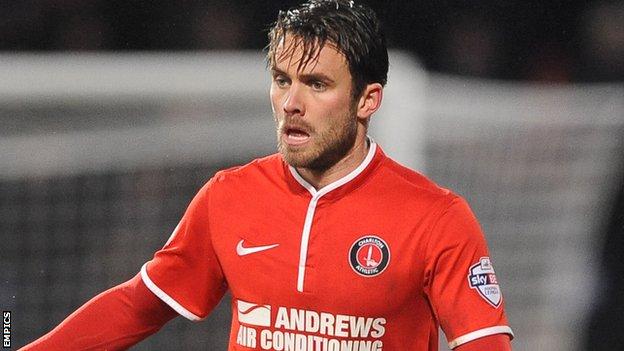 The 26-year-old left-back, who joined the Addicks from Bournemouth in 2011, has agreed a four-and-a-half-year deal.

"I've got security now and I can just concentrate on the football side," he told the club website.

"There were a few little fine details to try and sort out, but I was happy with the contract offer that was put in front of me to start with."

Wiggins, who came through the youth ranks at Crystal Palace, would have been out of contract in the summer.

It was vital that we get some of our key players signed up. Rhoys is deserving of that contract and it's brilliant for us

The former Wales Under-21 international has made a total of 91 appearances for Charlton since moving to The Valley.

"Hopefully now other players will get contracts and we can all concentrate on keeping the club up," he added.

"That's the main priority now. To get the contract signed is a weight off the shoulders.

"It's done now and I can concentrate on playing for Charlton and getting the club where it needs to be."

Charlton manager Chris Powell believes Wiggins has the potential to improve as a player.

"We have always known the quality of player that he is and that he would be sought after," Powell said.

"With his contract being up in the summer it was vital that we get some of our key players moving forward signed up.

"Negotiations are never easy, but I think Rhoys is happy here and he is a player I feel will carry on getting better and better.

"He is deserving of that contract. It's brilliant for us and great news for our supporters."