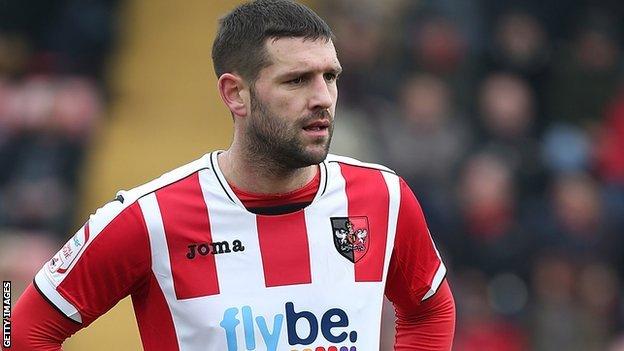 The 34-year-old, who has played for nine clubs during his 18-year professional career, signed a new deal with the Grecians in June.

He made 13 appearances this term but has not played since starting in November's FA Cup loss to Peterborough.

"I think this is a case of him getting to a point where enough is enough," Exeter manager Paul Tisdale said.

The midfielder came through the Bristol City academy and went on to make 226 first-team appearances for the Robins.

Doherty was twice named in the PFA League Two Team of the Year in 2007 and 2009 during spells with Wycombe.

Talking to the club website, Tisdale added: "When you're not playing regularly and you're at the end of your career, it's a difficult place to be in.

"The physical demands of training every day can catch up on players. Tommy has been a very useful member of our squad, but it didn't materialise that he was playing regularly for us this season and that's a difficult situation for a senior player.

"As of today he is no longer our player - I don't believe that he is going anywhere else."

Doherty started his career at Bristol City, where he made 226 appearances over nine years.

He moved to QPR for an undisclosed fee that summer but played only 15 games in two and a half years at the club.

Doherty then had loan spells at Yeovil and Wycombe before moving to Adams Park permanently in January 2008.

He went on to join Hungary's Ferencvaros and Bradford before spending a year in the Conference Premier with Newport County and Bath City.

After just one game for Bath he returned to the Football League with Exeter, where he spent 18 months and played 45 games.