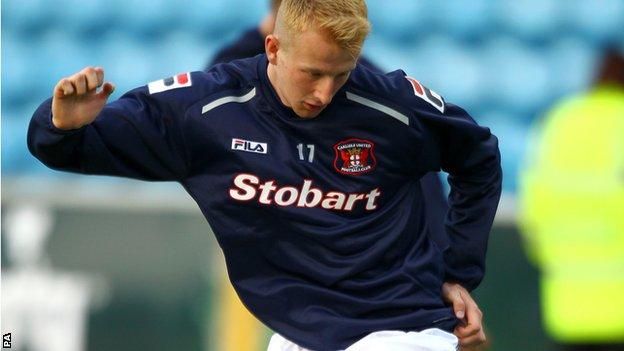 Carlisle striker Mark Beck has moved to Falkirk on loan until the end of the season and midfielder Josh Todd has joined Annan Athletic permanently.

Scotland Under-21 international Beck, 19, has played 47 times for Carlisle but has not featured since November.

He was a late substitute in the and scored an injury-time winner.

Todd, 19, has spent the first half of the season on loan with Annan, scoring nine times in 19 appearances.

"We think this is a fantastic opportunity for Mark. Hopefully he'll go up there, settle in and get some valuable game time," said manager Graham Kavanagh.

"Josh is a really good lad. His loan spell worked out really well and we wish him the best."