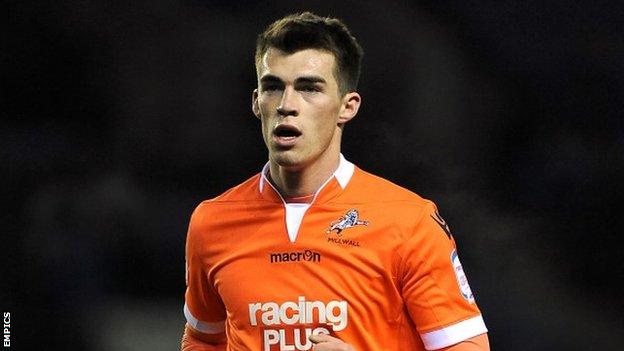 The 21-year-old came through the youth ranks at The Den and made his debut for the Lions in September 2009.

He has spent time on loan at Portsmouth and Torquay United, scoring five goals in 11 games in those two spells.

"The new gaffer [Ian Holloway] has shown real faith in me since he arrived, and now I'm looking forward to the rest of the season," Marquis said.

Marquis has scored a total of six goals in 49 appearances for Millwall, and has featured twice for the south London club in cup competition this season.

"It has really been exciting here since Ian came to the club, and the fact that he obviously believes in me is a real boost," he added.

"I know I may have to wait for my chance to break into the team but I'm determined to keep working hard and grab the opportunity when it comes."