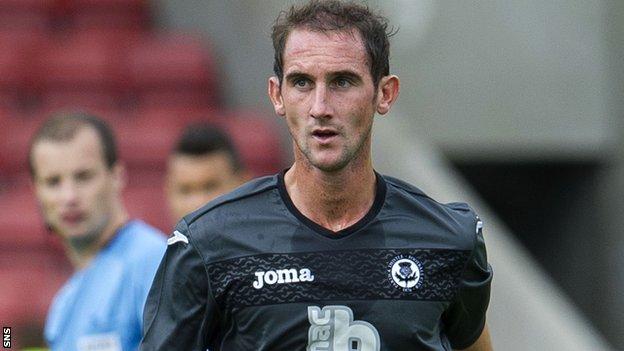 Midfielder Mark Kerr has been released by Partick Thistle.

However, he has made only four appearances for Alan Archibald's side this season, the last of which came in December.

"Mark leaves Thistle with the thanks and best wishes of all at Firhill," Partick Thistle said on their website.