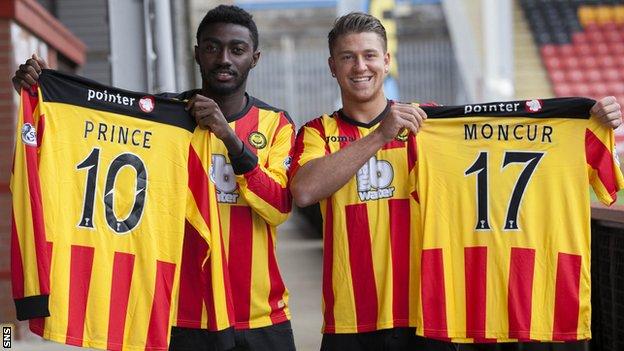 Partick Thistle have signed midfielders Prince Buaben and George Moncur on loan for the rest of the season from Carlisle and West Ham respectively.

But winger Ross Forbes has been released and has joined Dunfermline.

The 20-year-old Moncur has been capped by England at under-17 and under-18 level and has played in two first-team games for the Hammers.

The Ghana international spent four seasons at Tannadice and was in the United team that won the Scottish Cup in 2010.

A graduate of the famous Ajax Academy in Amsterdam, Buaben moved to Vicarge Road in 2011.

Liam Lindsay, an 18-year-old Thistle defender, has been farmed out to Scottish Championship outfit Alloa Athletic.