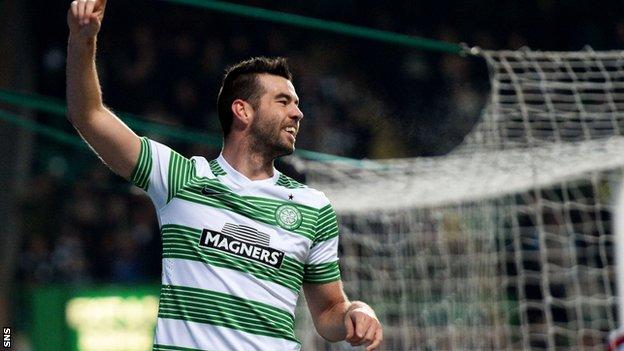 Crystal Palace completed the signing of Joe Ledley from Celtic but with only minutes to spare before the closure of the January transfer window.

The 27-year-old midfielder was one of

Palace announced that Ledley had signed "for an undisclosed fee, subject to final confirmation from the Premier League."

He penned a three-and-a-half year deal at Selhurst Park.

Ledley had been offered a new deal at Celtic Park, with his current contract running out this summer.

And Celtic preferred to sell now rather than allow him to leave for nothing and accepted a bid from the London club.

Ledley had trained with Celtic in the morning before heading to the south of England.

He said: "It's been a whirlwind day and I am just looking forward to a new challenge.

"It's been a fantastic few years at Celtic, but I spoke to manager Neil Lennon and made my decision to come down."

Scottish striker Stephen Dobbie was allowed to return to Blackpool on loan in exchange for Ince.

"He tried to sign me at Stoke and it didn't happen and I am delighted to be working with him now as he's a fantastic manager," said the Welshman.

The Wales international was on target in Wednesday's 4-0 win over Kilmarnock, taking his tally for the season to five goals.

His former club said in a website statement: "Everyone at Celtic would like to thank Joe for his fantastic contribution to the club over the past three-and-a-half years and we wish him every success in the future."