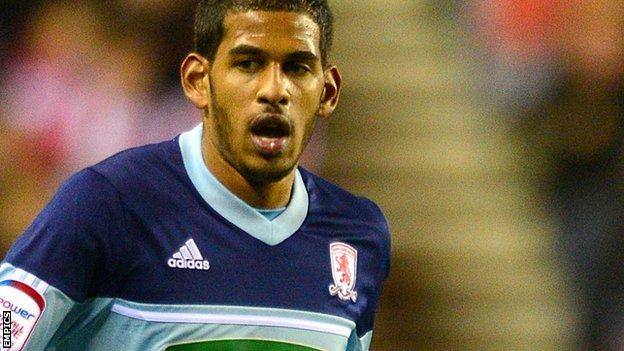 Blackpool have signed midfielder Faris Haroun after his release by Middlesbrough on Thursday.

Haroun, 28, moved to Teeside in 2011, having previously played in the Belgian league for Germinal Beerschot, and made 50 appearances for Boro.

And Millwall's Andy Keogh and Crystal Palace's Stephen Dobbie have signed on loan until the end of the season.

Republic of Ireland striker Keogh, 27, has scored twice in 18 games for club and country this term.

He moved to Millwall from Wolverhampton Wanderers in 2012 and has scored 18 goals in 78 appearances.

Palace forward Dobbie, 31, re-joins the Tangerines for a fourth time, having been at the club earlier this season, scoring twice in 15 appearances.

The Scot featured in the Championship play-off final win in 2010, before suffering a defeat at the same stage in 2012.

Meanwhile, McMahon, 27, has started two games since arriving at Bloomfield Road, having made 26 appearances for the Blades this term.

The former Middlesbrough right-back also previously had a brief loan spell with Blackpool in 2007.