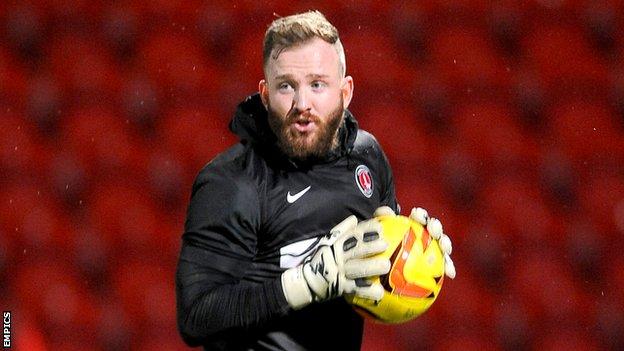 League One side Leyton Orient have completed the signings of Charlton Athletic goalkeeper Ben Alnwick and Burnley midfielder Marvin Bartley.

Alnwick, 27, has agreed a deal until the end of the season while Bartley, also 27, has signed an 18-month deal following his release by the Clarets.

Bartley was on loan with the O's and has featured 23 times, scoring twice.

Meanwhile, the O's have extended the loan of Norwich City's 19-year-old striker Jamar Loza until 8 March.

He has played twice since joining the club on 6 January.

Stoke midfielder Jamie Ness has also extended his loan spell with the east London club until the end of the season.

The 22-year-old joined earlier this month and has scored one goal in five appearances for the O's.

Former Bournemouth man Bartley moved to Burnley in February 2011 and made a total of 72 appearances for Burnley.

Alnwick played six games for Orient during a loan spell at the Matchroom Stadium in 2011.

He has had stints at Tottenham and Barnsley, as well as loan spells at Luton, Leicester, Carlisle and Norwich.

O's manager Russell Slade was in the hunt for a goalkeeper as number one Jamie Jones is sidelined for another two months with a back injury.