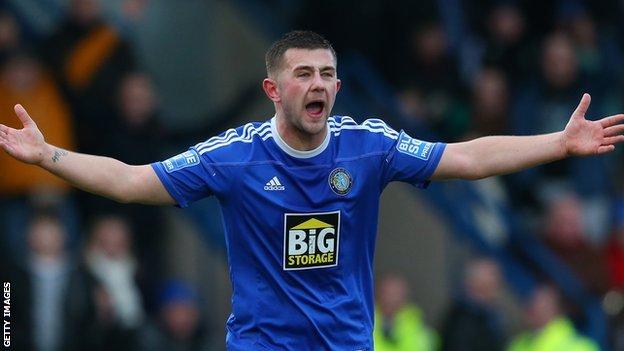 Macclesfield have re-signed striker Waide Fairhurst from Lincoln City on loan, less than nine months after he moved to Sincil Bank.

The 24-year-old, who has not scored since netting twice on his Lincoln debut in August, joins on an initial month-long deal.

Fairhurst first joined the Silkmen in 2011 and played 58 games, scoring 13 goals before joining the Imps in May.

The former Doncaster striker has made 12 league appearances this season.