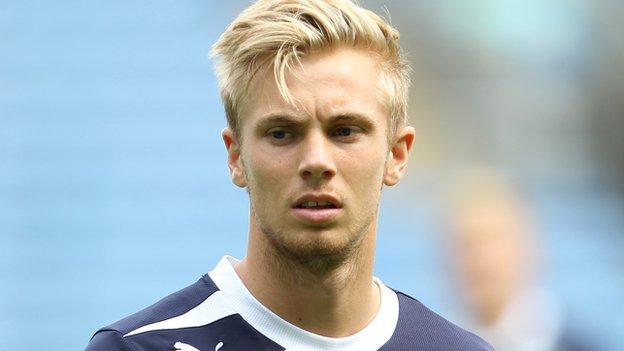 Shrewsbury Town have signed Burnley defender Joseph Mills on loan for the rest of the season.

The 24-year-old, who started his career at Southampton, spent the first three months of the current campaign on loan at Oldham, making 11 appearances.

He played alongside fellow Town loan signing Sydney Schmeltz, in the Latics' 4-1 Johnstone's Paint Trophy win at the Greenhous Meadow in September.

Who's in the Jackson five?

Mills is available for Saturday's home date with League One leaders Brentford.

He is the fourth loan player brought in by Shrewsbury caretaker boss Mike Jackson since he took charge following the resignation of Graham Turner 10 days ago.

Town have now now made six January loan signings in all, Turner having previously brought in winger Schmeltz from Oldham and extended striker Tom Eaves' deal earlier in the month.

They have now used up their six-man loan quota, but can only name five in their matchday squad.