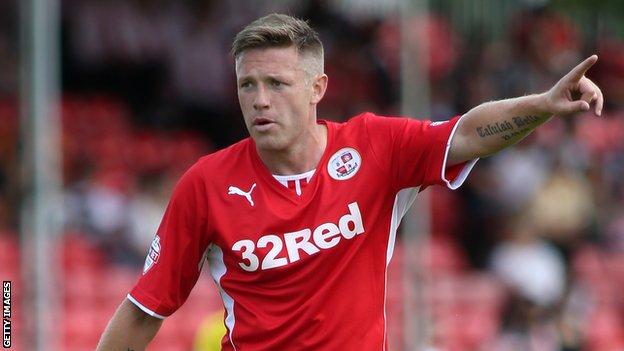 Burton Albion have signed Stevenage defender David Gray and Crawley Town striker Gary Alexander on deals until the end of the season.

"Gary is a great addition. He is maybe something we're missing at the moment," said Burton boss Gary Rowett.

"He is a target man and someone who has a lot of experience playing at this level.

"Gary will bring an aerial threat that maybe we have been missing when Michael Symes has been out injured."

Alexander began his career at Premier League side West Ham before moving to Exeter City on loan and then on to Swindon Town, Hull City, Leyton Orient, Millwall and Brentford.